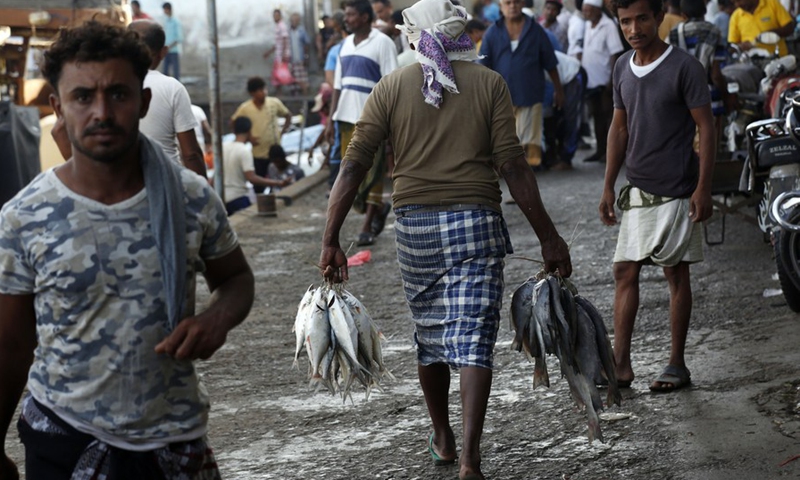 A man carries fish in his hands at a fishing port in Hodeidah, Yemen, November 19, 2021. (Photo: Xinhua) 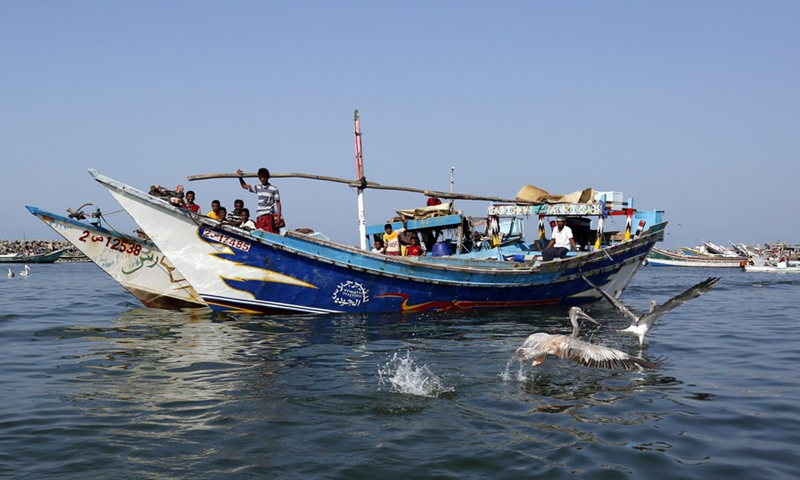 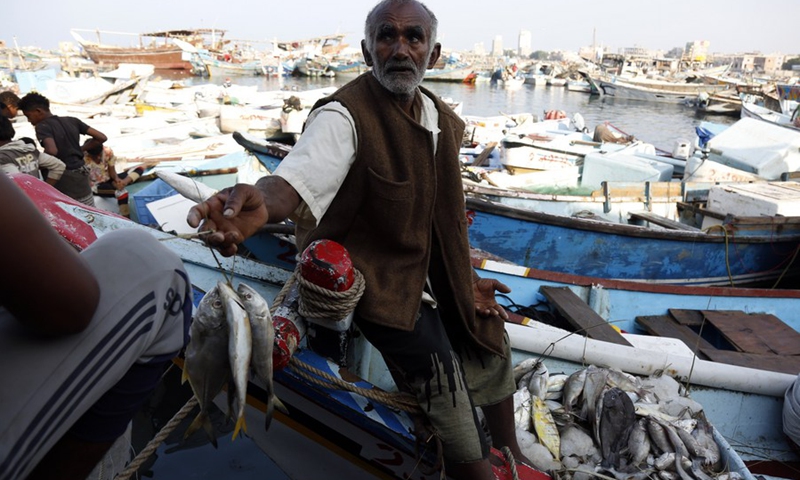 “The abundance of the Red Sea is a precious gift for Yemeni fishermen. But the blockade has deprived us of this gift,” said Essam Mohamed Al-Mwafa, 34, a fisherman from the city of Hodeidah, held by the Houthis, a strategic port which is under strict blockade.

To contain the Houthi rebels, the Saudi-led coalition banned Yemeni fishing boats from working away from the coast while the export of fish, which was a crucial activity in the city, was completely halted.

â€œThe areas where we can fish are very limited and there is not enough fish for all fishermen,â€ Al-Mwafa said.

In the fishing port where Al-Mwafa works, hundreds of fishing boats have rested in the port as the cool, salty wind gently rocks them. Most fishermen were only sitting or lying on their boats in the hot sun, gazing out at the horizon over the Sapphire Red Sea.

“We don’t have a lot of business. There are few fish to catch and fewer people to buy them,” said the fishermen.

Before the civil war began in 2014, the fishing industry employed more than half a million people and was the country’s second largest export behind oil and gas.

In its heyday, the port was a noisy commercial center with thousands of fishermen and traders shouting, bargaining and shaking hands.

â€œFor me, life before the war was good. But then that changed,â€ Al-Mwafa said.

In 2018, Al-Mwafa and his boat were hit by an airstrike while sailing “a little too close” to the blockade lines. He was injured, lost his boat but narrowly escaped death. The incident installed an indelible horror in his mind.

â€œEvery time I sail out to sea, I don’t know if I will be killed,â€ Al-Mwafa said, adding that some of his friends have died in airstrikes or bombing of warships.

Muhammad Al-Hassani, the head of the fishermen’s union in Hodeidah province, said that “since Hodeidah was caught up in the war in 2015, fishermen have been targeted directly or indirectly”.

The coalition denies targeting fishing boats, saying it prevents arms smuggling and protects itself from boats that could be loaded with explosives.

For Al-Mwafa, although it took him three years to recover from his injuries, he has decided to return to his old profession as his family is on the verge of bankruptcy.

“If we don’t go out, we will starve. Besides, fishing has been a business for our people for generations. So I continued the business in fear,” said the fisherman.

War erupted in late 2014 when the Iranian-backed Houthi movement left its stronghold in the northern province of Saada, seizing control of several northern provinces and forcing the Saudi-backed government of President Abd-Rabbu Mansour. Hadi to leave the capital Sanaa. .

The war has since killed tens of thousands of Yemenis, displaced 4 million and pushed the country to the brink of famine.