The Remington Board of Directors, 300 Remington St., has announced its virtual grand opening, which can now be viewed online. “People who were familiar with the former DMA Plaza should be prepared to be amazed,” said Mike Sollenberger, chairman of the board. “Together with dozens of community partners, we have upgraded this historic apartment building into a new affordable housing community for seniors in downtown Fort Collins.”

This site of the former Remington School was purchased by the Poudre School District’s Downtown Merchants Association in April 1969. After the school was demolished, the DMA agreed to sell the underutilized parking lot to the association at nonprofit DMA Plaza for $65,000. In 1973, the 11-story, 70,000 square foot DMA Plaza opened and helped meet the growing need for senior housing for those on limited incomes. “The Remington stands tall and continues to meet that need, including serving the very low income 30% AMI,” Sollenberger explained.

The exterior has had a facelift with new upgrades to heating, ventilation, lighting, plumbing, electrical and fire suppression. The remodel — designed and executed by Architecture+, VFLA, and Brinkman Construction — expanded the laundry room and added a new fitness center, conference room, and outdoor patio.

The City of Fort Collins provided $2.5 million to the project through Community Development Block Grants; it aligns with the city’s Affordable Housing Strategic Plan to preserve affordable housing for the long term and provide services to the most vulnerable populations – including seniors – explained Beth Rosen, Grants and City of Fort Collins Social Sustainability Department compliance. “I’m so excited when I walk into The Remington to see this beautiful building that provides long-term housing for local residents,” Rosen said. “I’m also excited about the incredible opportunities people have to create great lives.”

Susan Kirkpatrick, former mayor of Fort Collins and owner of a downtown business, served on the board of The Remington (formerly DMA Plaza) for approximately 10 years. She explained that instead of partnering with other organizations, “the very thoughtful council decided to remain an independent, private, nonprofit organization; and I think in the long term it will be a great advantage for the residents and for the building itself, because there is more flexibility.

The project also received $1 million from the Colorado Division of Housing. The Colorado Housing and Finance Authority authorized $15 million in tax credits, which were purchased by Midwest Housing Equity Group, which became an investor in The Remington.

“I would like to extend a heartfelt thank you to our General Manager, Lori French,” said Sollenberger. “She has transformed into a very capable construction person after this experience, and she deserves a lot of credit for what we have achieved.” Sollenberger also thanks DGMA consultant Dan Morgan for his invaluable assistance.

Karen Weitkunat, also a former mayor of Fort Collins and a board member for more than 10 years, said, “The former DMA Plaza has served the community for nearly 50 years as a safe place for residents. And The Remington’s renovations now ensure that the next 50 years will see us have safe, affordable, accessible and comfortable homes for seniors in the city centre. What a legacy.

Visit TheRemington.org to watch the video of the ribbon-cutting ceremony and to learn more about The Remington’s rich history. Everyone is also invited to visit this gem of affordable public-private-nonprofit seniors housing at https://theremington.org/video-tour/. 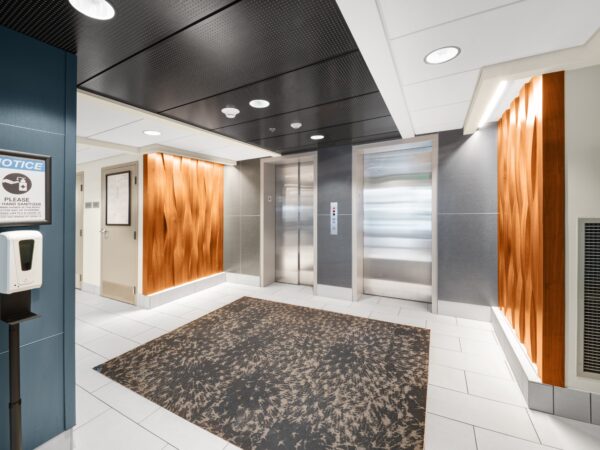 Show your support for local journalism by helping us do more. It’s a kind and simple gesture that will help us continue to tell you stories like this.