The African Group of Negotiators on Climate Change (AGN), the technical arm of Africa’s three-tier negotiating structure, plans to meet March 14-17 in Livingstone, Zambia, to consider the outcome of the the United Nations Conference of the Parties on climate change last year. (COP26). Discussions will focus on the outcomes of COP26 on Sub-Saharan Africa (SSA), ahead of COP27 to be held in Egypt in November 2022.

SSA countries have not received enoughfinancialpledges at COP26 to cover all their climate adaptation needs, but they have receivedcommitments

UNFCCC estimates indicate that about $125 trillion in direct capital investment is needed to transform the global economy and avoid the worst physical impacts of climate change by 2050. Of this amount, about $32 trillion investments are needed by 2030, including $1.7 trillion. (5.3%) of this amount is needed in SSA – or $170 billion per year. This equates to 100% of the region’s GDP in 2020. New adaptation pledges made at COP26 equate to $40 billion in funding by 2025, but this falls short of estimates by the United Nations Climate Change Programme. environment (UNEP) that annual adaptation costs for developing countries total $70 billion. Despite the huge funding challenges ahead, some SSA countries managed to secure major funding deals at COP26 to support their individual energy transition plans. South Africa – the continent’s most industrialized economy and the biggest emitter of carbon dioxide (CO2) – has reached an $8.5 billion deal under the Just Energy Transition Partnership with the United States, the European Union and several European countries, a climate-funding swap to shut down several coal-fired power plants and launch renewable projects to replace them. However, to unlock this funding, the South African government will most likely need to build a viable pipeline of eligible projects.

Regional multilateral development banks (MDBs) and private sources of capital are unlikely to fill the void left by traditional sources of finance.

The agreement at COP26 on the rules of Article 6 of the Paris Agreement has opened up a potential new avenue for countries in sub-Saharan Africa to tap into the growing international demand for offset projects in voluntary carbon markets, which in 2021 has reached more than $1 billion per year in nominal trade. The International Emissions Trading Association estimates that Article 6 could reduce the total cost of implementing the NDC by approximately $250 billion per year by 2030. Although Africa currently accounts for less than 3% of the global carbon trade, Gabon has announced its intention to place $5 billion worth of carbon credits on the market in 2022 after the adoption of its climate law in September 2021. Gabon owns 13% of the Congo Basin rainforest, absorbing 100 million tonnes of CO2 (net) per year. The Democratic Republic of Congo (DRC) has similar ambitions to secure funding for conservation efforts in its part of the Congo Basin, signing a $500 million investment deal with the UK at COP26. .

Finally, there has been some skepticism about the benefits of Article 6 as it excludes double counting, creating a cap on carbon emissions for developing countries – particularly SSA with the lowest emissions in world (less than 4%). Countries in Sub-Saharan Africa that have issued Green Bonds (to support renewable energy, clean transport and climate adaptation projects) and Blue Bonds (to support sustainable marine and fisheries projects), at sovereign and municipal, recently include South Africa (USD200 million in 2020).

As funding is increasingly likely to be prioritized and shifted towards clean energy, innovation and energy efficiency, some SSA countries stand to benefit from mitigation and decarbonization opportunities in sectors key sectors such as energy, transport, agriculture, construction, mining and natural resources. gas

In this regard, countries such as Gabon, Ghana and South Africa have started to develop and implement policies around a sustainable circular economy, in particular by deepening the penetration of renewable energies in the energy mix. total. In addition, the EU’s Green New Deal circular economy plan offers opportunities to localize parts of the value chain for African producers and enhance value addition by promoting manufacturing – which will become even more critical with the introduction of the EU carbon border adjustment mechanism. Finally, African governments are seeking increased investment in new forms of resource-based industrialization using critical minerals such as copper and cobalt, which are vital for the energy transition and abundant on the continent. 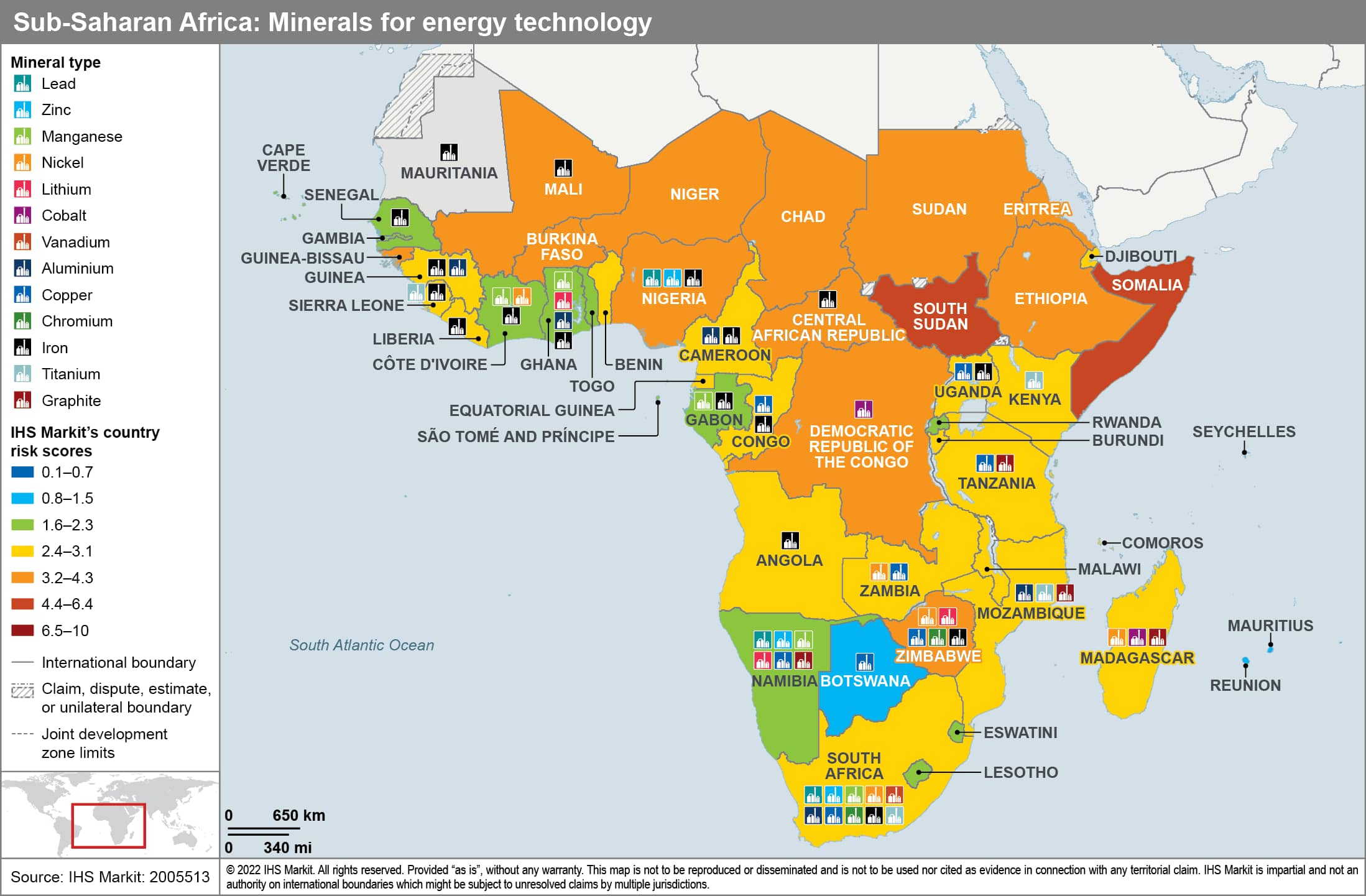